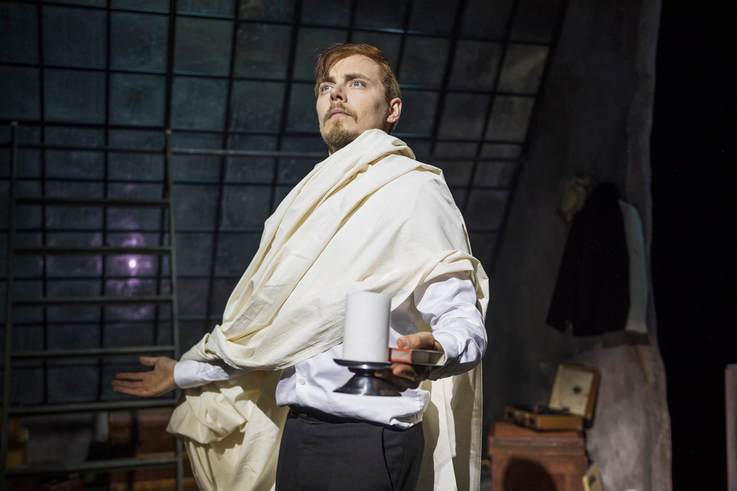 Photo (c) Aki Loponen / Pictuner Oy, Riihimäen teatteri, 2018
​
Eero Ojala (born 1984) is a Helsinki based freelance actor who started acting when he was 16. Soon his hobby turned into a passion, then work and finally a profession. Eero graduated from Theatre academy of Helsinki in 2016 with MA degree in acting. Before and after his graduation Eero has worked in various films and short films, theatres, voice overs, radio plays and other fields of performing arts. Eero's trademarks are physical roles and extremely high-level and versatile speech technique. His best known theatre roles have been the role of Simoeni in Ryhmäteatteri's "7 veljestä", directed by Kari Heiskanen, Anton Chekhov's "The Seagull" adapted for two actors which has been touring successfully all around Finland since 2016 and the role of Kemp in Riihimäen teatteri's "Auntie and Me", 2018. Eero is an awarded poetry recitator and he also teaches poetry performance and speech. Before Eero started acting his main hobby was music, he played drums, guitar, bass and piano for few years and studied music in Madetoja music high school. He also enjoys of many kinds of sports and is an owner of two american hairless terriers. 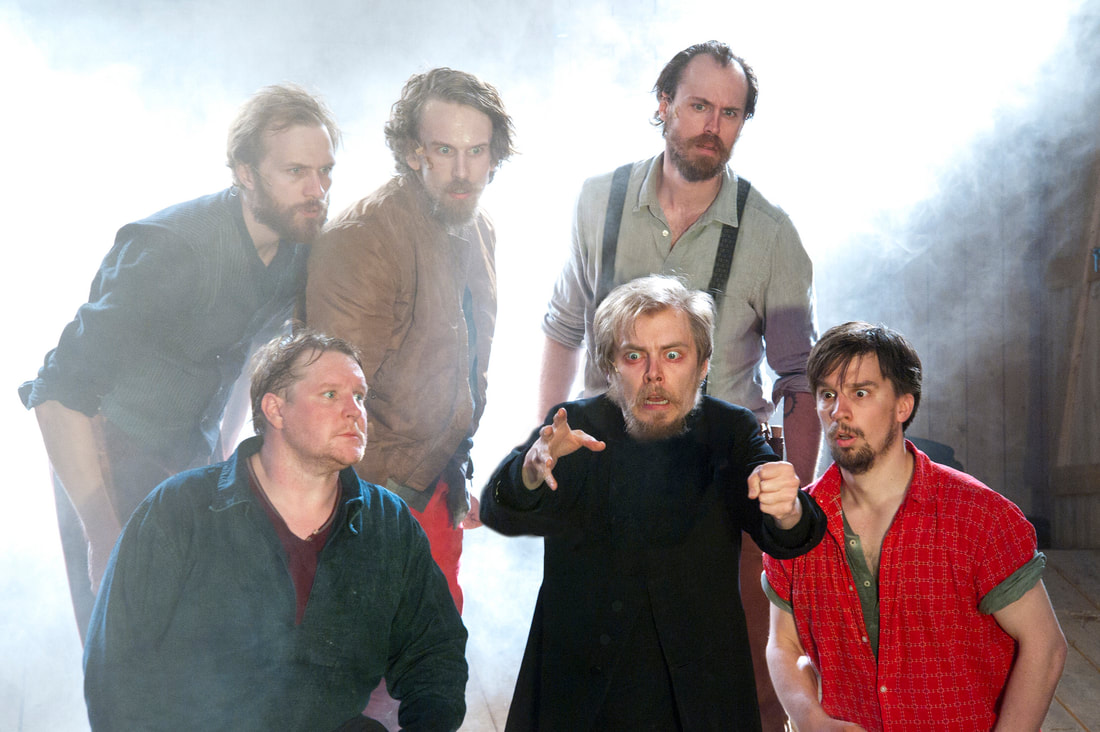